Session 01: The Case of Sofia Figueroa 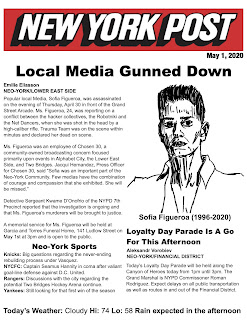 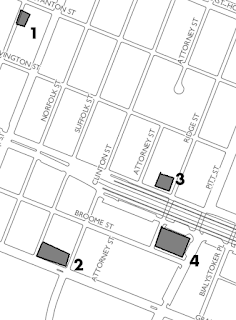 
Session Summary:
Meeting up at the funeral for their friend, local Media Sofia Figueroa, Jackwagon and Lux decided that they needed to do some digging in order to ensure that Sofia's murderers were brought to justice. Investigating the Grand Street Arcade, the site of Sofia's murder, they found little forensic evidence, but a local pusher named Zam-Pill was present during the assassination, although she didn't see it happen. She did tell the investigators that the people who saw it said that one minute she was interviewing locals about a local netrunning feud, the next her head was gone.

The duo ended up at Sofia's station, Chosen 30, a community-focused network where their friend was very much involved with community reporting in the best interests of the Lower East Side. According to her editor, Jennifer Sawatsky, The netrunning feud was supposed to be a low-key gig after she exposed some landlords in Two Bridges who were maintaining unsafe and unhealthy conditions for their tenants, resulting in their incarceration and at least one attempt on Sofia's life.

Fortune shined upon Jackwagon, who was buddies with the main detective, Kwame D'Onofrio, who shared what little the police knew. Sofia was shot with a high powered rifle using explosive bullets, which destroyed her cyberoptics and any data stored in her head. The investigators paused to regroup and pursue more clues.
at 06 February